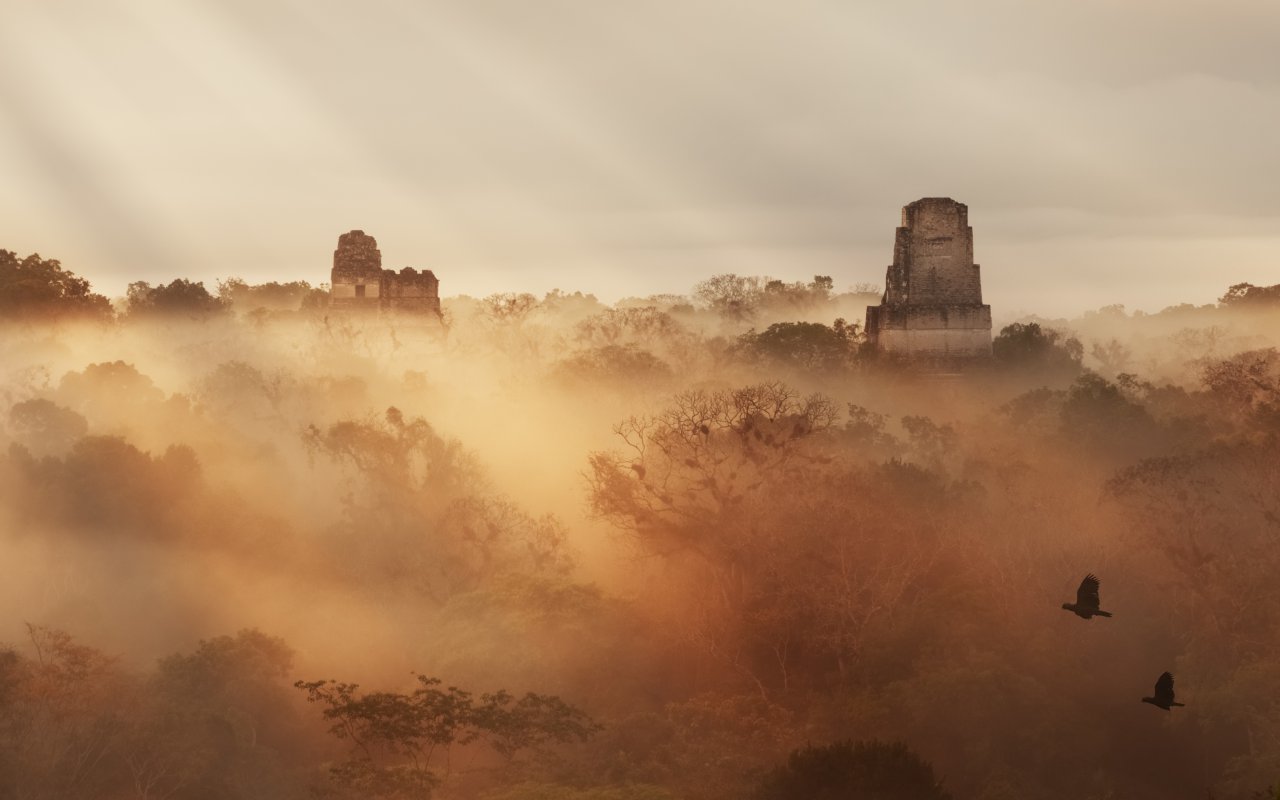 The History of the Mayan Site of Tikal

Tikal: The Essential Mayan Site Lost in the Jungle

Forgotten for many years, the site of Tikal, located in the natural park of the same name in the north of Guatemala is a must for adventurers passionate about nature and history. Listed as a UNESCO World Heritage Site, it is one of the few properties on the list to have been selected for both natural and cultural criteria. Tikal is, above all, the ancient capital of a Mayan kingdom which has radiated for several centuries on the Yucatan peninsula in southern Mexico. 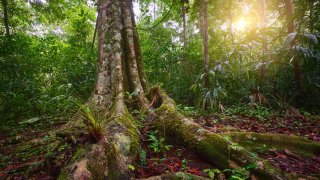 Located 60 km from the city of Flores, Tikal National Park includes 570 km2 of unspoiled forests surrounded by green flora and rich fauna. In the thick jungle, made up of more than 200 species of trees and 2000 plants, deploys in particular the ceiba, the national tree of Guatemala. According to Maya belief, this tree was sacred and allowed the elevation of the spirits of the dead. 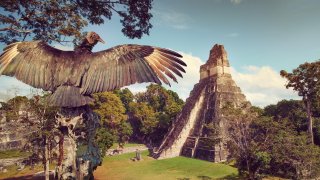 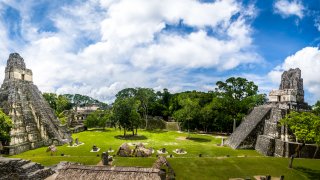 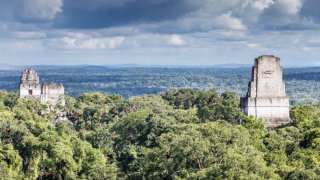 The park is the refuge of many species of monkeys including howler monkeys: their cries do not go unnoticed among those of toucans, parrots and the more than 300 other species of tropical birds. More difficult to observe, jaguars and pumas also inhabit the surroundings. In the early morning, the forest awakens and is agitated little by little: an incredible and unmissable spectacle!

The Largest Mayan Site in Guatemala

But Tikal is not limited to its lush natural setting, it is one of the greatest sites known to date of the Mayan civilization. It is one of the oldest in America, which extended mainly into the Yucatán peninsula and contained a territory including the current southern part of Mexico, Guatemala, Belize as well as part of El Salvador and Honduras.

The beginnings of the construction of Tikal are poorly documented: the settling of the Mayans on the site dates back to 900 BC. Geographically, Tikal fits into the region known as the Southern Lowlands, where along with Palenque and Copán, the development model was that of city-states during the classical period. The first buildings date back to the 4th century BC. Over the years the city prospered.

Despite the lack of nearby water resources, the Mayans managed to make the city livable through the construction of dams that concentrated the collected rain reserves. This extraordinary fact is to be underlined: a big city supplied only with water from the stored seasonal precipitation. The city had up to 10 tanks! Through an irrigation system the city relied on a very advanced agricultural system using certain techniques of intensive farming. The cultivation was done through partial clearing of the forest: the Mayans managed to create their own soil suitable for the cultivation of corn and beans! 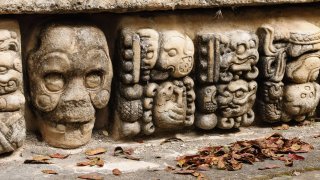 During the classical period (250 AD to 900 AD), corresponding to the peak of the Mayan civilization, the region of the Southern Lowlands was not a unified political whole. Contrary to popular belief, the Mayan civilization was not an Empire but rested on city-states with more or less high conflict between them.

In the 8th century (AD), Tikal experienced the height of it’s prosperity. During this period, the city was the largest in the Maya world. A commercial crossroads, it was a large cultural and religious center. Tikal spreads over a large part of the region. It was the heart center of the Maya civilization in the classical period. Tikal and Teotihuacan, the large metropolis located in the Mexico City valley, have ties to Tikal’s region. These exchanges are manifested in particular through architecture, ceramics and sculpture.

During the classical period, however, the expansion of Tikal came to a halt from the end of the 6th century until the end of the 7th century. During these one hundred years, called the Hiatus of Tikal, the city did not build large buildings. This observation by archaeologists first left historians skeptical. After comparative research, a hypothesis was formulated: the city of Caracol would have allied with Calakmul and would have defeated Tikal. Following the severe military defeat, the king of Tikal was captured and sacrificed. Part of the population of the city was moved to the winning cities. The rupture constituted by the hiatus has enabled historians and archaeologists to divide the classical period between the ancient classical period and the late classical period.

At the end of the 7th century, a reversal of the situation: Calakmul is defeated by Tikal and begins its decline. The late classical period saw the resumption of the construction of buildings of great importance. The pyramids currently visible on the site were erected from this new era. Six in number, and going up to a height of more than 60 meters high, the erection of the pyramids was carried out on pre-existing structures dating from the ancient classical period. For the Mayans, the base of the pyramid served to highlight and give greater importance to the temple which is located at its top. Religious centers which punctuated the whole of the life of the city, the temples rose above the common life of mortals and symbolized a dialogue with the Gods. Their architecture is based on limestone which was extracted in the surroundings. The quarries were then waterproofed to make reservoirs.

The city is organized by a large central square around which are located temples I and II, the northern and central acropolis. Close to it are the royal palaces and buildings with administrative functions. Seven ball game courts, a ritual sport practiced throughout Mesoamerica, were added at this time. The complexes in the center of the city are connected by roadways which allowed circulation during the rainy season and also the collection of water.

On the population of Tikal, the figures are very variable. Estimates range from 10,000 to 90,000 residents and would include up to 425,000 residents for the surrounding area. 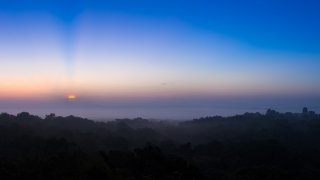 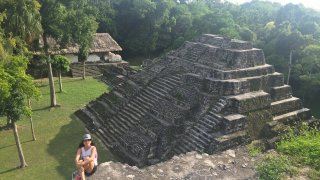 From Decline to Desertion

At the end of the 9th century, wars, endemic in the region between the various rival cities, intensified and intensified. Smaller cities went to war without interruptions such as Piedras Negras against Yaxchilan or Quirigua which conflicts with Copán. 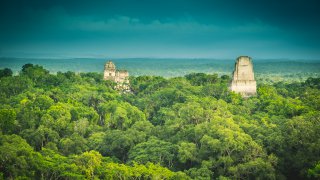 In all likelihood, Tikal was not directly affected by the conflicts. However, an influx of refugees from the Petexbatun region, 160 km south of Tikal, resulted in an imbalance for the city. The city then experienced a peak in population. In 2014, researchers from the University of Cincinnati confirmed this hypothesis. Through the study of plants and means of cultivation, they confirmed that the intensive clearing of the forest would have led to drying up and then gradually to a water deficit. The consequence was a lack of food for the population. Tikal then experienced a rapid demographic decline between 830 and 950. After this date, the city was deserted.

Abandoned, the Tikal site is gradually buried by the forest for almost 1000 years. The Maya civilization suffered the same fate with its marginalization during the Spanish conquest. European priests, shortly after the Spanish conquest in the 16th and 17th centuries, burned almost all of the books written on ig bark left by the Mayans. 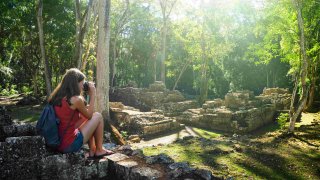 A late and Incomplete rediscovery

Residents around Tikal were aware of the site, but its isolation and the difficulty of getting there delayed its rediscovery. It was not until 1848 that a first expedition reached the Mayan city, composed of the governor of the department Ambrosio Tut and Colonel Modesto Mendez. In 1881, the British explorer and diplomat Alfred Maudslay also went to the ruins and began to clear the first buildings of the vegetation.

However, it was not until 1950 that the first restoration works were launched. In 1955, Tikal National Park was created by Guatemala to preserve the site and its exceptional environment. The following year began important archaeological excavations which gradually brought the site out of its tropical torpor. Research, conducted among others by the University of Pennsylvania, was conducted, mapping the site. Nearly 200 monuments have been listed and studied. Information on Mayan social structure is updated: the elites lived near the temples while the inhabitants took care of agricultural tasks and water management.

In 1979, the recognition of UNESCO recognized this great Mayan civilization as a world heritage site. The excavations continue in particular under the control of the Guatemalan government.

Today, the site continues to be the subject of archaeological research and excavation. Only 20% of the site is accessible to visitors while archaeologists work on the remaining 80%. Tikal hasn’t finished revealing its secrets just yet…