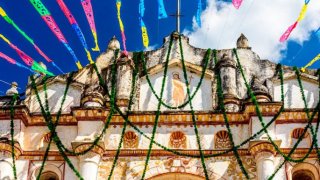 Coasts: 250 km of Pacific coastline to the West and 150 km of coastline the Caribbean Sea to the East. 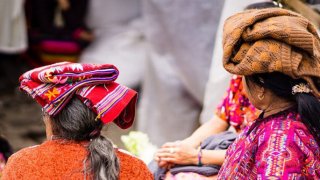 Guatemala is the most populous country in Central America.

Languages: Spanish is the only official language in the country (60%), but it is not spoken by all ethnic groups. There are 20 languages of Mayan origin, especially spoken on the plateau and in rural areas. The most common are K’iche ’, Cakchiquel, and Q’eqchi, which bring together nearly 3 million speakers. Garifuna, African Caribbean origin, is spoken on the Caribbean coast, and Xinca of non-Mayan Native American origin is spoken in the southeast of the country.

Regime: Democratic. The president is elected for 4 years, he is both the head of state and government. Alejandro Giammattei was elected president in January 2020.

National holidays: September 15. It is celebrated the proclamation of independence of Central America. 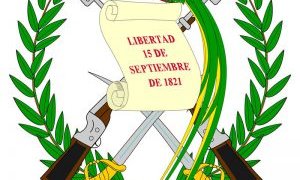 National Flag and Emblem: in the foreground is the Quetzal bird, a symbol of freedom, and a scroll representing the independence of Central America from Spain. In the background, two rifles remind the defense of the country, and two crossed swords symbolize honor. The whole is framed by a laurel wreath representing victory.

Religion : Guatemala has no official religion. The population is 50% Catholic, 40% Protestant, 10% other. Protestantism is in the process of becoming the majority, especially in rural areas. There is also the largest Orthodox community in Latin America made up of 300,000 people. Christianity remains strongly imbued with ancestral indigenous practices. 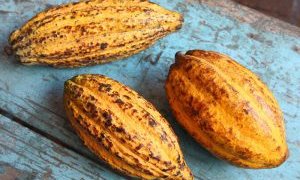 With a GDP of nearly $70 billion USD, Guatemala is the largest economy in Central America. The country has experienced solid growth for ten years (approx. + 4% per year).

The agricultural sector is the most important economic activity, accounting for almost a quarter of GDP and 75% of national exports. Guatemala produces notably coffee, bananas, sugar, corn. It is also the world’s leading exporter of nutmeg. Tourism is also a fundamental source of currency and has great development potential. 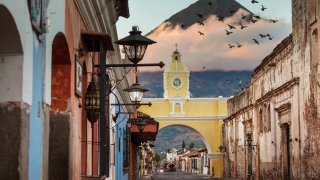