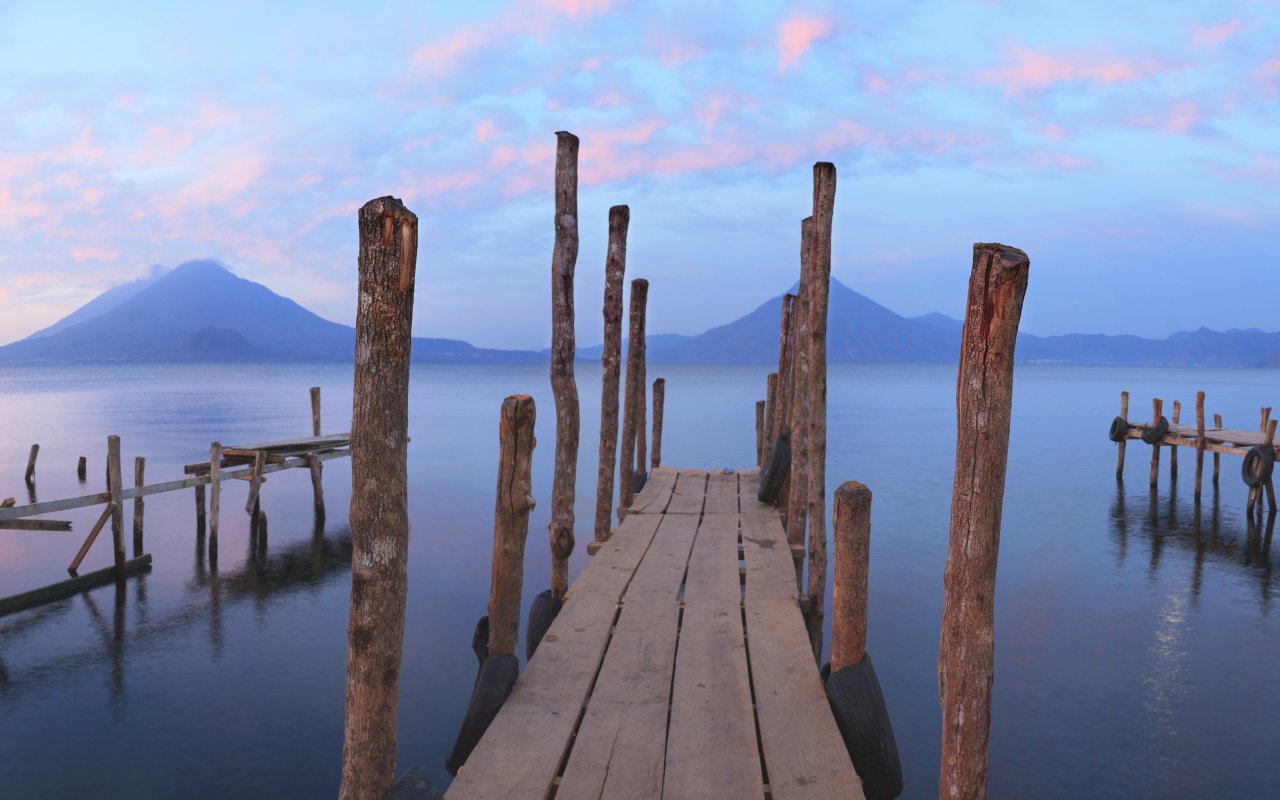 Guatemala, heart of the Mayan world

A small country in Central America, Guatemala will never cease to surprise you with its colors and traditions. The country offers a variety of extraordinary landscapes: tropical forests, colonial cities, lakes with turquoise reflections, active volcanoes, Mayan villages in the middle of the plateau, Caribbean and Pacific coasts.

Mayan civilization and it’s many mysteries that remain to be discovered, is omnipresent in the national heritage. Majestic pre-Colombian temples emerge from the jungle. Half of the population is of indigenous origin and has preserved its dialects and customs.

Extremely generous, the Guatemalans will welcome you with open arms. Let yourself be surprised by the encounters, the colorful markets, the ancestral traditions. Immerse yourself in the jungle of Petén, the footsteps of the Mayan civilization. Sail at sunset on the waters of Lake Atitlan. Explore Guatemala. 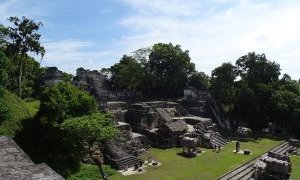 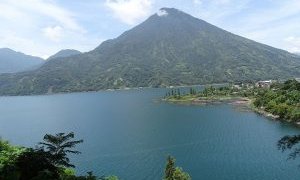 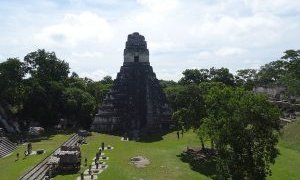 Antigua, one of the most beautiful colonial cities in Latin America

Antigua was one of the most important cities in the Spanish colonies in America. From 1543 to 1773, it was the capital of the Kingdom of Guatemala, which then extended from Costa Rica to Mexican Chiapas.

The colonial city has suffered many natural hazards throughout its history: earthquakes, floods, volcanic eruptions. After the great earthquake of 1773, the government decided to relocate the capital about fifty kilometers.

Since then, it is as though has stopped in Antigua. The city is an open-air museum with more than thirty monasteries and convents, a cathedral. The cobbled streets adjoin the flowery patios of colonial houses. Stroll along the arcades of the Parque Central, observing the volcanoes Fuego, Agua and Acatenango in the distance.

A UNESCO world heritage since 1979, the city is a major tourist destination of the country. Enjoy the little cafes, the nightlife and the craft markets there. An essential step of your trip!

Located in the department of Sololá in the southwest of the country, Atitlan is a lake of volcanic origin located at 1,500 meters above sea level. This is the deepest lake in Latin America (300 meters).

Toliman, Atitlan and San Pedro volcanoes dominate the lake, offering exceptional panoramas. The fertile soil of these winding mountains has become the land of the Cack’chiquel, Quek’chi, Mam and Tzutujil ethnic groups who continue their traditions.

Considered by the writer Aldous Huxley as the most beautiful lake in the world, Atitlan deserves to be given a few days. You can also explore the nearby Mayan villages.

The Jungle of Petén and the Mayan Pyramids of Tikal

Bordered by Mexico to the north and west, by Belize to the east, the department of Petén covers almost a third of the total area of Guatemala. The region is covered in thick tropical forest protected by huge national parks.

Petén shelters an extremely varied fauna with jaguars, pumas, spider monkeys, howler monkeys, tapirs, macaws, toucans and parrots of all kinds. The jungle will surprise you with it’s sounds, smells and colors.

The forest hides other treasures with invaluable Mayan treasures, the most famous of which is the site of Tikal, declared a World Heritage Site by UNESCO in 1979. The Mayan city immerses travelers in a mystical atmosphere, surrounded by the the sound of howler monkeys and toucans. To add to the adventure, some sites such as El Mirador require several days of hiking!

New techniques are revolutionizing the research of archaeologists. In early 2018, an international team discovered a dozen interconnected Mayan cities and a network of high roads. Petén has not yet revealed all of its mysteries…

In the east of the country, Lake Izabal is surrounded by lush tropical greenery. The region is home to a rich and varied fauna with more than 350 species of birds, monkeys, dolphins and even manatees.

The famous Río Dulce links Lake Izabal to the Caribbean coast by flowing into the Amatique Bay. Fort San Felipe reminds visitors that the region was regularly the target of pirate attacks.

On the Caribbean side, Garifuna culture and language predominate. The Garifuna are mixed African and indigenous descended from the Black Caribs. The village of Livingston is the Guatemalan cradle of Garifuna culture. Let yourself be lulled by the sound of the waves and the Afro-Caribbean rhythms. The contrast with the rest of the country is striking.

The north and east of Lake Atitlan form the high plains known as plateau. The region is renowned for its traditional Mayan villages and ancestral culture. One of the most important markets in Latin America is held in Chichicastenango, full of bright colors and exotic flavors. Each village has its own traditional costume whose colors and symbols contain meaning ranging from marital to social status.

Farther north, the clouds cover the Cuchumatanes mountains. It is cold in the highlands and hot and humid in the lowlands. Spanish, Quiche and Mam are mostly spoken here. The pine forests and offer beautiful hikes on foot or on horseback. This off the beaten track area allows you to meet local people and discover their way of life.

Alta Verapaz and Baja Verapaz, The Land of Contrast

The Verapaces are characterized by lush forests, waterfalls, natural pools and caves. The region is divided in two: the Alta Verapaz, with it’s cold climate and misty reliefs and Baja Verapaz with it’s hot and tropical climate.

The Verapaces territory is a paradise for nature lovers and those thirsting for adventure. The natural pools and waterfalls of Semuc Champey offer an idyllic setting for swimming in the great outdoors. The caves of Lanquín or Candelaria invite us to discover their depths.

The region is home to many bird species including the rare Quetzal, the famous emblem of Guatemala. Lucky ones will be able to observe this magnificent bird or appreciate some of the 800 species of orchids that live in the forests.

The Pacific region offers 300 kilometers of volcanic sandy beaches. The coast is popular with surfers and sport fishing enthusiasts alike. Marine wildlife is extremely rich (marlin, sailfish in particular). At certain times of the year, it is possible to watch whales, dolphins or to turtles laying on black sand beaches.

The sides of volcanoes are ideal for hiking, bird watching or visiting coffee plantations. The archaeological site of Takalik Abaj bears witness to the influence of the Olmec culture, the oldest pre-Columbian civilization  1,200 to 500 years before our era).

Mystical South East on the border of Honduras and El Salvador

Guatemala is bounded to the south by Honduras and El Salvador. The Sierra de las Minas mountain range is one of the country’s green lungs. It is home to 800 species of mammals and 20 species of endemic birds.

Ipala volcano is one of the most popular in the region. Reach the top in about an hour and a a half. Once you reach the summit at 1,650 meters above sea level, you can enjoy the view of the resplendent lagoon formed in the crater. It is possible to swim there to cool off before tackling the descent. 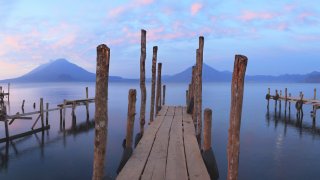